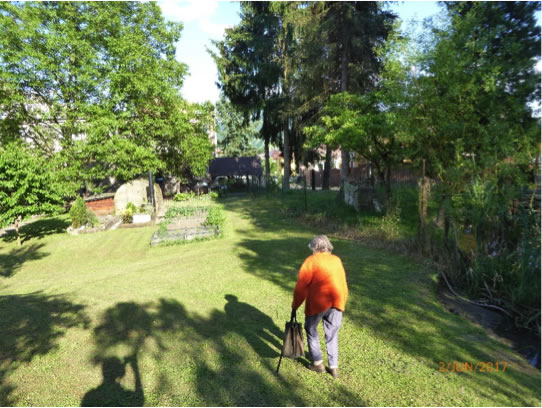 Each time I visit her I am amazed, not just at her longevity but her many skills and perseverance. She only gave up catching the bus to her garden patch, a strip about the size of one-third of a normal building block in Melbourne, some 3 years ago.

Community gardens have been a big feature of life in Czechia (the former Czechoslovakia/Czech Republic) for decades.

Now she has a small patch about 3 metres x 5 metres, within her son’s garden, at the end of the street she lives in, which she can walk to, with the aid of her stick.

She decries her age and the difficulties it brings her like forgetting her keys and having to call her 70 year old son back from his country chata to let her back into her flat. A small one bedroom flat, with a tiny kitchen hall and bathroom. A bathroom so tiny you have to edge around the washing machine to get to the toilet.

But, it is manageable and she can still cook her own meals, do her washing, even make her own bed, or when I visited, make it for me. The flat is a neat as a pin. Over the years of visiting I have noticed items disappearing, she keeps decluttering. Waving her arms around, “this will al go when I go, what would anyone do with it? It is all old rubbish.”

Every time I visit Czechia I make the train trip to Decin in the north, near the German border. I am always inspired on my return to keep de-cluttering, and keep doing new things. Her were her beautifully cut noodles. 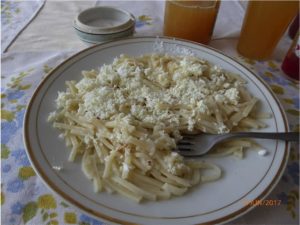 Recently I made her noodles. Mind you, mine were not nearly as neatly cut as hers. Making fresh vegetable soup, and sipping a small glass of wine with my dinner. Actually my glass, although a small one, would be three times the size of the one she sips from.

Having read books on mindfulness, I notice how she slowly concentrates on eating, in the morning her bread buttered, she cuts it into bit size pieces and savours each one. She has re-used and recycled all her life, growing up and through the Great Depression in a family with not much in the way of goods, but rich in music. At twelve she had visited her aunt and uncle in Vienna, taught her older cousin to swim by “stitching” together corks from beer bottles, holidayed with my mother in Italy, Yugoslavia and Romania. Taken herself to Paris for the Great Exhibition, lived through the German occupation and the battle for freedom at the end of the War. Moved her home into the Sudeten lands after the German occupants were evicted to Germany after the War.

Moving from Zlin in 1946, she never moved back, finally settling in Decin and raising her children and grandchildren there. She travelled to visit her daughter in Germany, even during the communist era, and with them visited more of Europe, Switzerland, France. 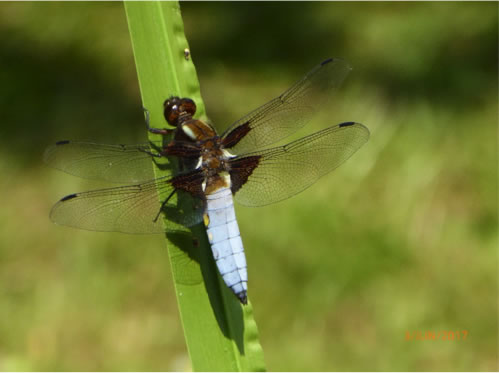 Now, so many stories and lives behind her, she still travels in her mind through books she borrows from the local library.

Yes, she still catches the bus to go there. As well as catching the bus to her medical appointment at the hospital. A hard act to follow!

Sitting in the garden with my cousin and “chewing the fat” I tried adjusting my automatic camera to take a close-up of the dragonfly hovering over their pond.

Not bad, even if I do say so myself! 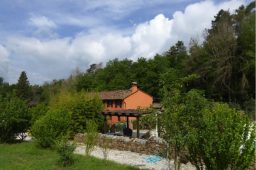 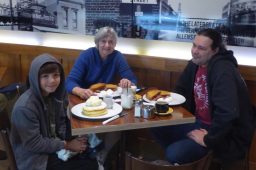 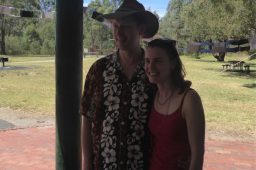