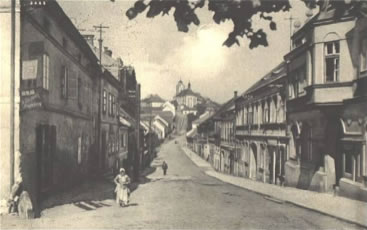 What event has changed your life, did your big brother drop you on your head at an early age?  Was your grandfather a closet drinker?  The Best of Times, the Worst of Times explores one man’s life in pre-War Prague.  He has a growing business and is married to a beautiful girl.

Prague is a fun city to be part of, and exciting for a boy from the country getting involved in its politics.  Then, just as his country celebrates its 20th birthday, your former “mother country”, Austria, succumbs to fascism.   Hitler demands the Anschluss of Austria and Germany.  Now his shiny new country is in Hitler’s firing line.  Within a year it gets sliced and diced then totally swallowed and disappears off the map again.

For a while you pretend life can go on as before but when politics cause your marriage breakup you begin to see the impact on other lives around you.

You become involved, but with involvement comes danger.  Danger not only to you but to those you love.  It becomes safer for everyone for you to leave. Will you have the courage to fight and survive and, what will be the cost?

Coming next: Lydia has already started writing the prequel to this book. If you are interested in keeping in touch with Lydia’s progress, she will be writing a journal, not only for her but to encourage other writers out there, just as other writers encouraged her in her first book.  You can also join her on facebook, or subscribe to her email list to hear about the book.